“Any act of violence is a negation of life and humanity.” – Rev. Ken Wheeler 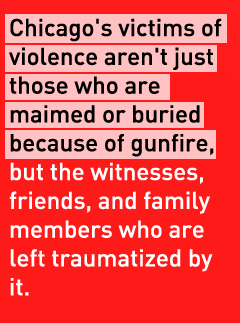 I live in the city of Chicago. Anyone who pays even the slightest attention to news headlines knows that Chicago has a problem with violence. A Google search on gun violence in the city will return a link to Huffington Post that lists a variety of stories on violence in Chicago. The Chicago Tribune also has a page dedicated to Chicago crime statistics and interactive maps to help residents figure out what crimes happen in various communities.  Now that the weather is warmer and young people will be out of school for the summer, many of us lament the fact that there will be an increase in violence. It’s a fact – warmer weather = more death in Chicago.

END_OF_DOCUMENT_TOKEN_TO_BE_REPLACED

I have come to believe that the people we share intimate space with reflect back to us how we feel about ourselves. As I think about my romantic relationships throughout my life, I can honestly say that each one served as a mirror, reflecting how I viewed who I was at that particular time in my life. I can see a difference in how I relate to men now as I have matured and dealt with issues of self worth versus how I related to men during times in my life that I was less aware of my inherent worth. I thank God everyday for growth in this area of my life because, truth be told, my relationships were a doozy.

There have been many comments and commentary on the recent comments made by the owner of the L.A. Clippers, Donald Sterling. Sports commentators, cultural critics, community leaders and bloggers of every ilk have weighed in on the tape that has been released which provides a peek into his psyche. What is revealed is that he has strong opinions about black folk. He’s been called a racist, a redneck, a bigot, a modern day slave owner, with the the Clippers and the NBA playing the role as a 21st century plantation. I would agree with all of these sentiments based on the language, imagery and vitriol that he shared.

However, the most disturbing thing for me has nothing to do with Sterling. It has to do with the fact that a mixed race woman was in an intimate relationship with him. I cannot wrap my mind around how a person who literally embodied that which seemingly disgusts Sterling could be in relationship with this man. END_OF_DOCUMENT_TOKEN_TO_BE_REPLACED 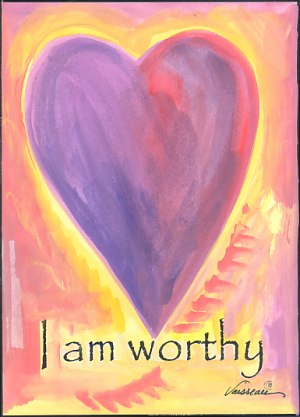 I was asked to be a part of a Good Friday service by a woman who I greatly respect and admire. I am growing as a preacher – am very good with content and am working on delivery because I want to appeal to black church communities. That being said, I was equal parts nervous and excited about this opportunity, which featured seven women in total who were from various faith traditions.

I prepared for the sermon like I do any other sermon. I took time studying, praying, reflecting and writing. As I crafted my message, I felt the Spirit move over and through me. This is a sure sign that I’m operating in my gift and as the words came to life on my manuscript I felt confident that the message that I was given was the one that God had intended.

Then came Friday. Leading up to the worship service, I had fleeting thoughts of insecurity, but I brushed them off. However, when I arrived at the church, every feeling and thought I ever had about not being worthy, not being good enough, not belonging came roaring to life. I literally hid in the bathroom after I arrived because I felt so out-of-place. The anxiety was rising and I though to myself, “How in the hell did I get here? Why do I think that I belong here? I can’t do this.” END_OF_DOCUMENT_TOKEN_TO_BE_REPLACED

A Word about My Blog Title

“Embracing our shadow is the ultimate act of self-love. There is no greater love than the one that allows us to shine a light on the aspects of ourselves that we have judged and made wrong. Embracing our dark side gives us a new found freedom to be with the darkness in others. For when I can love all of me, I will love all of you...” ~Debbie Ford via Soulful Living

A Word about Intent

The thoughts and views expressed on this blog represent me and me alone. They do not represent the views of any church, organization, institution or ministry that I may be associated with. This is an independent endeavor. Please remember that I am not a therapist. If you or someone you know are contemplating hurting yourself, please call the National Suicide Prevention Hotline at 1-800-273-8255. If you or someone you know is contemplating hurting someone else, call 911. I am not an expert by any means. I am someone who utilizes medication, therapy, spiritual direction and other forms of renewal to cope with my reality. I recommend professional therapists and doctors to manage your mental health.

A Word about my Words

A Word about Sharing

Embracing My Shadow by Rozella White is licensed under a Creative Commons Attribution-NonCommercial-NoDerivs 3.0 Unported License.
Based on a work at http://embracingmyshadow.com.